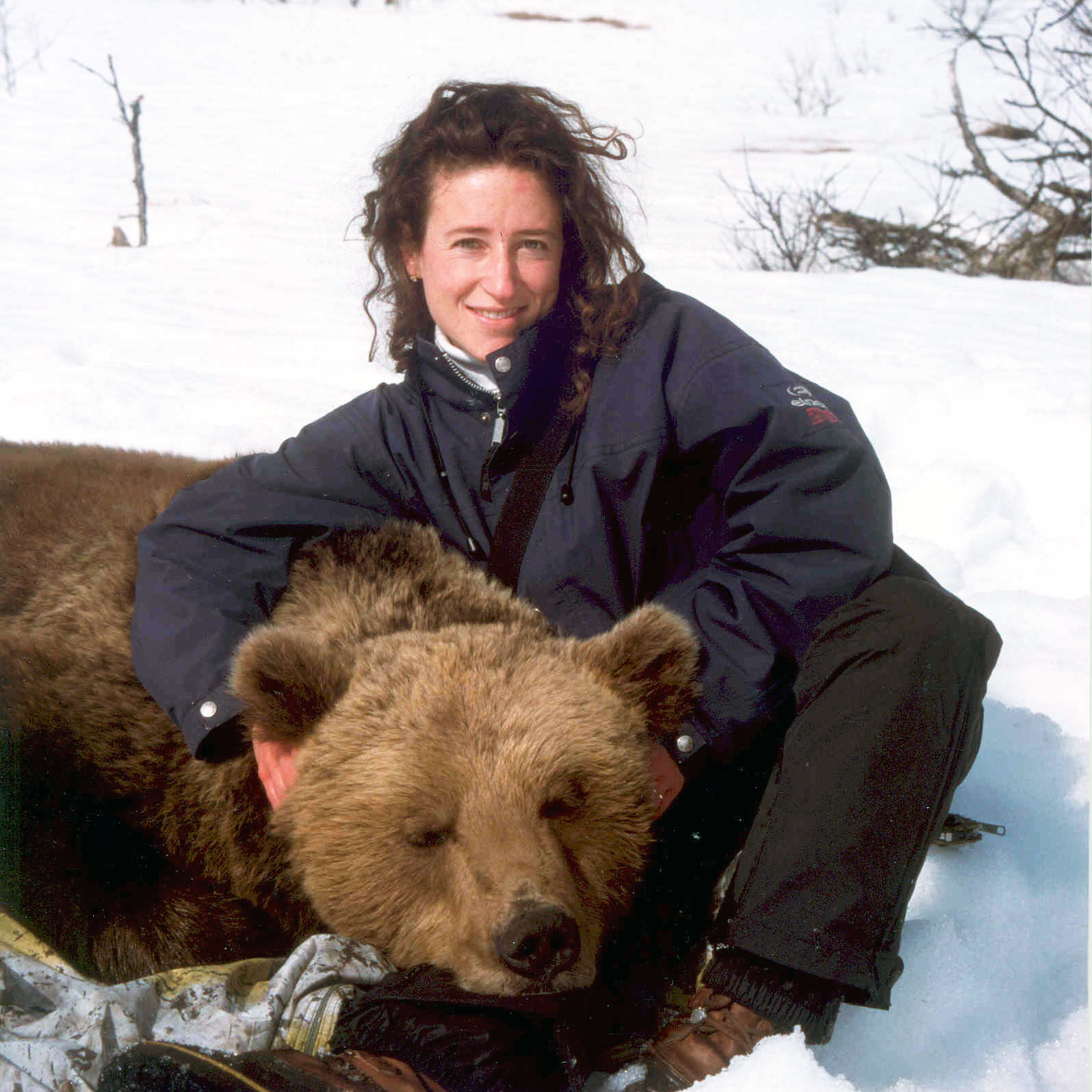 Sabrina is an experienced wildlife biologist. She spent many years on the field as part of various wildlife research projects mainly on bears and wolves. She was involved in research, monitoring, conservation and communication on bears first in Sweden, within the most important brown bear research project in Europe, then in Italy, in the Autonomous Province of Trento and finally in the Majella National Park in Abruzzo …

Wildlife biologist, she graduated at the University of Rome “La Sapienza” in 1999. Between ’96 and ’98 she worked for her thesis in the Natural Park of Orecchiella (LU) where she carried out a study on mouflon within a research project on the ecology and management of the wolf and its prey.

After a post-graduate internship within the “Interreg Project Italy-France The wolf in Piedmont” in the Alta Valle Pesio and Tanaro Natural Park (CN) and the Natural Park of the Maritime Alps (CN) encompassing work in research and monitoring of wolves, she received a commission in 2001 from the Department of Animal and Human Biology, University of Rome “La Sapienza” in the Project “Wolf and Boar of the Cilento National Park” at the National Park of Cilento and Vallo di Diano.

In the same year she won a postgraduate scholarship to study abroad, she moved to Sweden to work in the international project: “The Scandinavian Brown Bears Research Project“, the most important bear research project in Europe. Here she collaborated in the capture and marking of bears, monitored bears by radio telemetry, observed them from the helicopter, studied the food preferences, identified the dens, studied the spatial behavior and the winter dormancy. Then she compared the ecological and behavioral aspects between two Scandinavian brown bear populations present at different latitudes. She has published the results of her research in the scientific journal Wildlife Biology.

She has continued to work on bears in Italy: in 2002-2003 in Trentino with an assignment from the Wildlife Service of the Autonomous Province of Trento on the management of the brown bear population in Trentino region.

In 2004 she received her first assignment of collaboration from the Majella National Park as a scientific supervisor for the development of the Marsican Brown Bear Museum in the town of Palena (CH). She has continued in the following years to work with the Majella National Park for the implementation of the actions of expertise provided by the International “Life COEX Project – Improvement of coexistence of large carnivores and agriculture in Southern Europe”, by Urgent Actions Program for the Marsican Brown Bear conservation, by the “Life Wolfnet Project – Development of coordinated protection measures for wolf in Apennines”.

She is member of the International Association for Bear Research and Management (IBA) since 2002 and part of the “Bear Specialist Group – European Expert Team” since 2003.

Following her passion for nature and wildlife she has travelled a lot with her family in North America especially to observe, photograph and learn more about bears and their habitats.

By continuing to browse the site you are agreeing to our use of cookies.